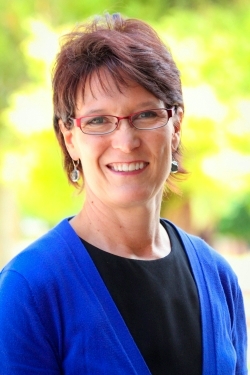 Dr. Tracy F. Munsil is an associate professor of political science at Arizona Christian University. She earned her Ph.D. from Arizona State University in August 2011, successfully defending her dissertation “In Virtue’s Cause: The Political Thought of Mercy Otis Warren”. Warren was the foremost female intellectual at the time of the American founding, and made a strong case for the connection between liberty and virtue. While completing her doctorate, Munsil served as a full-time lecturer in the ASU School of Politics and Global Studies. Her doctorate was her third degree from ASU, where she was Outstanding Graduate of the Walter Cronkite School of Journalism and Editor in Chief of the State Press, earning a bachelor of science in journalism followed by a master’s in political science.

Dr. Munsil previously served as Director of Research at Center for Arizona Policy, Editor of Arizona Citizen magazine, and Book Critic for the South Bend Tribune. She was selected Class Representative for the inaugural class of the Dodie Londen Excellence in Public Service Series.

Munsil grew up in a small town in Wisconsin (Eagle River –  population 1,300). She came to Arizona to attend ASU, where  she met her husband, Len Munsil, while they both worked at the campus newspaper, the State Press. They have eight children (ages 27 to 18), whom she home-educated for 14 years. Munsil has a passion for political ideas – especially their appeal and consequences for human life. Her favorite historical periods for study are those charged with debates over ideas, particularly the American Founding and the 20th Century, which gave rise to fascism, Communism, and the Cold War. Outside the classroom, Munsil enjoys attending sports events, particularly involving her kids, collecting and reading books, photography, politics, and going to movies.