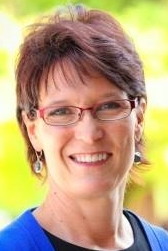 This fall I’m going to be blogging about what college students—mostly political science majors—at Arizona Christian University are saying and thinking about American politics. Most of them are voting for president for the first time, our nation’s most important political rite of passage. I’m long past my first vote, cast in 1980 for Ronald Reagan. Thirty-six years and eight grown children later, I’m a political science professor and long-time spectator (and sometimes participant) of the political process. I’m fascinated with how the next generation views politics—especially in the era of Trump and Clinton.

For the first-class icebreaker in Campaigns & Elections class, I asked each student to write down three things they like about American politics today and three things they dislike. I knew they’d have no problem with the second half of that request. Even I struggle to express something positive about the current state of American politics. I admit this is anecdotal and not a scientific poll by any stretch. But, when they talk, it’s worth listening.

Here’s what they dislike:

Unsurprisingly, when they evaluate the political culture, political divisiveness, polarization and rancor are turn-offs. Same with corruption.

Although they are America’s first digital generation, they are clearly wrestling with the effects of new media and technology on politics, describing it as a kind of double-edged sword. They definitely like instant, easy access to political information. More access to information keeps them better informed. As they see it, more information makes it more likely to hold elected officials accountable–at least in theory. And new media gives their generation more ways to engage politically.

But they see a downside to social media. They are wary of instant political news, individual campaign use of social media and campaign rapid response teams, sensing those often skew the political process and distort what is really going on. How can they screen out the “spin”? Another downside? Just as they are protective of their own privacy, some students are uncomfortable with how much personal information about candidates—and their families—is made public. They’re unconvinced voters have the right or the need to know personal details about private lives. And, I was surprised at how concerned they were about media bias and undue media influence in the political process. I thought consternation at media bias belonged to my generation.

They are remarkably savvy politically. They don’t like winner-take-all primaries and are convinced that had GOP primaries been proportional, they’d likely have a different candidate on the ticket. The math backs up that contention.

They are frustrated with how conservatism is defining itself, more in expedient political terms than with consistent conservative ideas and values. Finally, increasingly a pro-life generation, they are not so keen on a political culture that still supports abortion. Finally, perhaps my students are more conservative than the rest of their generation, but they strongly dislike the increasing size and scope of government.

Glad I let them get that off their chests. Tomorrow, what they like about American politics might surprise you.